Day 72. in which Kyrce cooks, Spitzer resigns, and paradoxes define our reality.

March 12, 2008
As Dana and I were getting ready this morning, I said, "Hey! Kyrce wants to make us dinner tonight! Is that OK with you?"

Dana responded, "If she wants to come over and make us dinner every night, that would be fine with me! What are we having?"

I scrambled to get the house relatively tidy before Kyrce showed up. We typically work together from my house on our work-from-home days. I think it helps keep both of us on target. But the house was a bit of a disaster. Getting all of the dishes moved from our dining room to the kitchen from dinner the night before was key. That's a bit embarrassing for me to admit, but hey, it's the truth. You try to clean the kitchen with two kids tugging at your leg, bonking each other and carrying on, while your father follows you so closely that every time you turn around, he is standing right behind you! No matter which way you turn it's chaos! Now you tell me how I'm supposed to wash the dishes and tidy up! It's hard to get very far fast. So. I give up.

I wipe the crud off the table - dried up ketchup - and put on a fresh table cloth. Lily and Liam are both into this weird condiment phase. Seth was always anti-condiment, and he is still is, so this is all a new experience for me. They want to eat ketchup on anything and everything. Sometimes I even catch them scooping it up with a spoon and shoveling it into their little round mouths. Ketchup is a toddler delicacy, a meal unto itself.

By the time Kyrce arrived, it honestly didn't look much better. But another thing I like about Kyrce is that she doesn't blink an eye at it.

We were working in my dining room, drinking coffee, periodically cursing at our laptops. Not that the laptops were making us curse; it was the email being delivered via the laptops that was making us curse. Dad was lazying about in the living room, occasionally stopping by to see what we were doing and when we would feed him again. He knows Kyrce 'belongs' here, but he isn't quite certain of what we are doing. Sometimes he combines Kyrce + Pearson into Kyrceson. That kills me. The sentiment is dead on even if the thought is a bit muddled.

A couple of days earlier I had sent Wayne the headline that Eliot Spitzer was caught in a prostitution ring! What?! So the resignation was not so surprising. Still, I felt shocked by swiftness of the fall from grace. That, I felt, was surprising. Ah well, another human politician. Why can't they make politicians like super heroes? That would be neat. 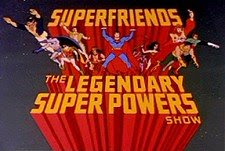 I felt a compulsion to turn on the news channel after receiving Wayne's IM. I could not wait for the nightly news. I had to see it NOW. Truly, an illness. I ran over to the living room and turned on CNN. One would think that when the governor of New York is making his resignation speech, the major news networks would cover it, particularly a network that bills itself as "the most trusted name in news" (choke choke)...

Guess who was on CNN?

Britney Spears. She had done something again!

I'm not sure what that something was because I promptly turned the channel and went into my usual tirade about the downfall of humanity.

I don't know why this surprised me, but it did. About all I could say was the same thing over and over again to Kyrce, "God! Can you believe this?! I can't believe this!" I kept shaking my head.

I sent Wayne an instant message: OK I put it on...can you believe CNN is reporting on Britney Spears right now? jesus.

Wayne said it was on all of the channels...apparently, every channel except the news channel.

I could imagine Spears and Spitzer commiserating over their negative publicity on CNN. And both of their names start with Sp, so that's another thing they have in common...Remember how the news used to be relatively news worthy? Remember when there was less of a blur between the world of entertainers and the world of politicians? Kyrce pointed out something interesting about this - that with the advent of 24 hour news channels, one would think there is more news. But there isn't. Indeed, there is less news! How could this be?

So politicians aren't super heroes, news isn't newsful...the big question looming ahead of us now was this...

It's kind of funny because I think of myself as far more of a hippie than Kyrce. and yet Kyrce eats like a hippie. It was just so sweet that she offered to make us dinner so that Dana and I could focus more on the kids instead of ripping our hair out. But was it going to be edible? I had never seen her cook before...

Time appeared to speed up. (Time flies when you're having fun. Where had that silly saying originated from? and why has it lasted?)Of course, it had not. But I was viewing everything from a good vantage point. Dana was spared cooking duties and so, an extra hand was child-wrangling.

Dinner was amazing. I don't know how the hell she did it so fast. because it really tasted good! and good things usually take a long time.

So politicians aren't super heroes, news isn't newsful, time flies while you're having fun but good things take a long time, and Kyrce can get the kids to eat without the use of ketchup. Refried beans, even!

It was a good day.