Day 112. in where there is panic at the Red Apple Rest! 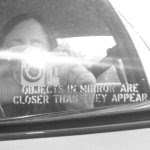 I have never developed a love for driving. In fact, over the years I have become absolutely terrified of driving to the point of staying awake thinking about the drive I'd have to make in the morning. So you can imagine how thrilled I was when my job was relocated from Kingston, New York in which I lived in walking distance from my office to Upper Saddle River, New Jersey.

Until I hit 30, I had happily survived without a car of my own. I'm not saying that this was not an inconvenience at many times.

10 years ago now but as still clear in my reflection is a memory of dragging a reluctant Seth across downtown Albany from the Price Chopper on Madison Avenue to our 7th floor State Street apartment, lugging large canvas bags of groceries over each shoulder, occasionally switching the hand that was holding Seth's with the hand that was holding plastic bags of groceries that didn't fit in the canvas and was cutting off circulation to my fingers.

And it seems like yesterday, though it was thankfully many years ago now, that I had over a two hour commute for a just above minimum wage job. Had I had a license and a car, it would have taken me about 30 minutes, tops. Instead, I had to walk to catch the #85 CDTA bus to downtown Troy where I'd catch the #90 out to Latham. In Latham, I'd meet the #from downtown Troy to Latham Circle, where I could take either the #70 or the #55 - whichever arrived first - towards Schenectady. The bus would deposit me along side a four lane highway where I'd have to play Frogger to cross. From there, I had a long walk through a residential neighborhood until I reached Vly Road.

When I left this job, I'd start out walking towards the main road while it was still light. By the time I made my way through the suburbs, it'd be dark.

It was depressing, to say the very least.

Any way you looked at it, this was the closest I could get. Having a car would have made this a 25 minute drive tops. Taxis in the Capital Region are absurdly high and have been for at least as long as I can remember. This trip would end up costing me about 18 bucks. For what I was making, it wasn't even worth it. Because of the nature of my job, I couldn't call out for bad roads; I had to be in the building to answer and dispatch various emergency lines - especially since it was snowing.

While this motivated my return to college, it did not motivate me to drive.

When I learned my job was relocating, the one thing I feared would do me in was the commute.

Luckily for me, Kyrce exists. Not only is Kyrce my friend, my co-worker and my backyard-adjoining neighbor, she has also been a fearless driving instructor. She has been endlessly patient about my driving, including my lack of driving (which, as my carpooling partner, must be incredibly frustrating) and my fear of driving. On days she has been the passenger, she has been certain to make sure that I eat and that I am endlessly entertained with stories and even an occasional history lesson. She can make any moment of time sound interesting through her retelling of it. She just knows weird stuff.

I know our other Kingston comrades who have committed themselves to this hellish commute (of which we will, at some future point, likely need to be committed for this choice...) leave the New Paltz Park and Ride long after Kyrce and I pass it - no matter who is driving! - and yet all of them inevitably passed us.

And passing all of us...

I can hear them heckling us as they drive by...

Even though I know this was 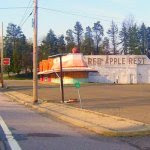