Day 97. in which Alex returns home.

I was originally planning on an entire day of nothing but yoga but Kyrce was going to Tai Chi at Geyer Hall. Since I've never done Tai Chi before and it seems like a sedate activity like yoga, I thought I would give it a try. 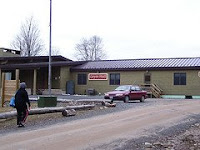 I actually had been going in the right direction when I started questioning myself because it had seemed to be such a long walk - only it really hadn't been - it just seemed that way because I had stopped paying attention while I was walking. Had I just kept walking and not stopped to over analyze my situation, I may have made it to Geyer on Saturday. 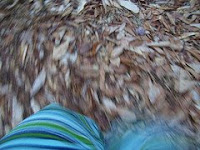 Tai Chi is not for me. If it wasn't such a rude thing to do, I would have walked out ten minutes into it. It was just horrible. There was too much choreography and I'm not exactly good at remembering all of those steps. It's funny because I think yoga is so much easier and Kyrce thinks yoga is just horrible. I knew I was stuck here for the next hour and a half. And since there were no clocks, no wrist watches, no cell phones - I had no idea how soon the torture would end. It seemed like forever.

Kyrce was a really good sport and tagged along with me to yoga after Tai Chi since I had stuck it out! She actually fell asleep on her yoga mat during the end meditation. I thought that was awesome.

When I arrived here on Friday, I wasn't sure if I would ever want to go home. But I found myself really missing the kids and even missing Dana. That both surprised and delighted me.

However, I knew that the kids and Dad and Dana had all been stuck in the house and were probably ready to kill each other. Their weekend, unlike mind, had likely not been relaxing, meditative nor refreshing. How could I bring home my mind set without seeming like an irritating hippie? If Dana walked in the house bringing home hippie crap after I'd been with the kids and Dad all weekend, I'd probably be ready to strangle him just for existing.

And that's a problem. I was a bit worried about what I might be coming home to.

And how was I going to retain the quietude in my head?

I wanted to bring something home to them from the weekend and a mentally healthier Alex would be a good start. But how?

I haven't quite figured that out yet and the kids were on top of me as soon as I entered the door - but it was a warm welcoming. For a weekend without Mom, I was surprised to see everyone relatively functional, clean and content. And the house was not a total disaster. Dana really impressed me. He was actually smiling.

It is good to go away. But it is good to come home, too. And it's even better realizing that... 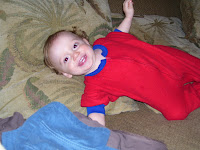