Day 55. in which unholy things grow.

February 24, 2008
Lily's discovery of the chocolate in Seth's room led me to my own discovery. First of all, Seth had never put his Christmas stocking into the attic when we put away the rest of the Christmas decorations. This was the first of many violations.

I scanned the room to see if mischievous hands had broken into anything else. I found that it was difficult to tell if anything had been manhandled. This was because there did not appear to be any order to this room. Truly the black hole that is Seth's closet is growing in mass and expanding its chaos to take over the entire room. 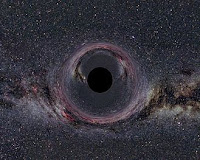 Of further interest was the randomness of the disorder. It was as if the disorder itself was planned. It seemed too disorderly to not be concocted.

Dana began to laugh, "and Seth told me he brought all of the cups out of his room!"

Sometimes there is a shortage of cups in the kitchen cabinet. Most often these cups can be found in Seth's room.

I could easily see how Seth could miss some of these cups on his mission of recovery. There was one on his lowest book shelf, one on his highest book shelf. There were some on his dresser, some on his computer desk, and one on the floor near this bed. Some of them appeared to be growing spores and others still contained liquid.

Under the chaos, there was a aura of nerdiness. Over his bed is a laminated Periodic Table of Elements. I have wondered for years if this would help him in Chemistry someday... There is a computer, an XBox 360 and a handful of handheld electronic devices, some of which I do not know how to turn on, let alone play myself. There were plenty of game manuals and books on planets. There were dice.

All of this evidence of nerdiness...could it mean, perhaps, that Seth was simply conducting some kind of scientific experiment? That this room had happened on purpose?

Further inspection led to a gruesome discovery. I shuddered when I saw it on the top shelf of Seth's bookcase. The Sea Monkeys were still in Seth's room. (If you recall, they had met their demise before the Chia, which was at least a week ago now...)I felt a bit ill.

There are many mysterious forces in this room. I hope it can be contained. I think we may have caught it just in time.